I wanted to be a marine biologist when I was in elementary school. I don’t know what it was about marine mammals that seemed so interesting to me, but I wanted to know more about them. My “dream career” path changed within a few years, and I definitely did not become a marine biologist, but my fascination with marine creatures hasn’t gone away.

For years, I’ve been particularly obsessed with whales. They are incredibly huge, graceful, beautiful animals. How can you not be fascinated by gigantic sea creatures? Whale watching has been on my bucket list for years, and I finally got the chance to check it off my list in Washington.

While my dad was in town visiting me, we decided to go whale watching in the San Juan Islands. We went on a full-day tour that began in Seattle.

The day began early since we had to catch a ferry from the city to take us up to the San Juan Islands. Unfortunately, the vessels had some mechanical issues, so we waited for hours before we were able to start our journey. Eventually we made it to Friday Harbor, though, located on San Juan Island. From there, we went on a 2-hour whale watching excursion. 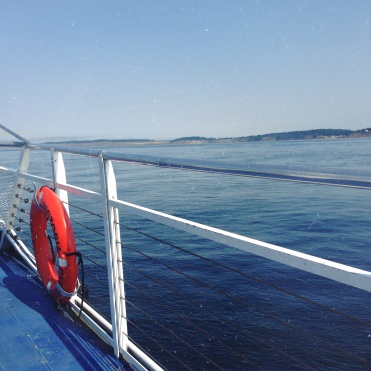 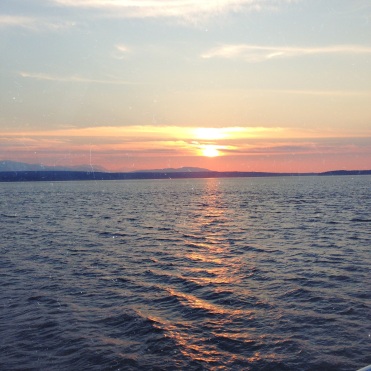 The tour operators all communicate with each other about whale sightings, plus whales spend a lot of time up in this area. That means you’re almost guaranteed to spot a whale or two (or four). Our boat spotted a local group of Orcas. We had plenty of time to watch them glide through the waters, interact with each other, and search for food. A couple of times, the orcas even came up right next to the boat–it was amazing! 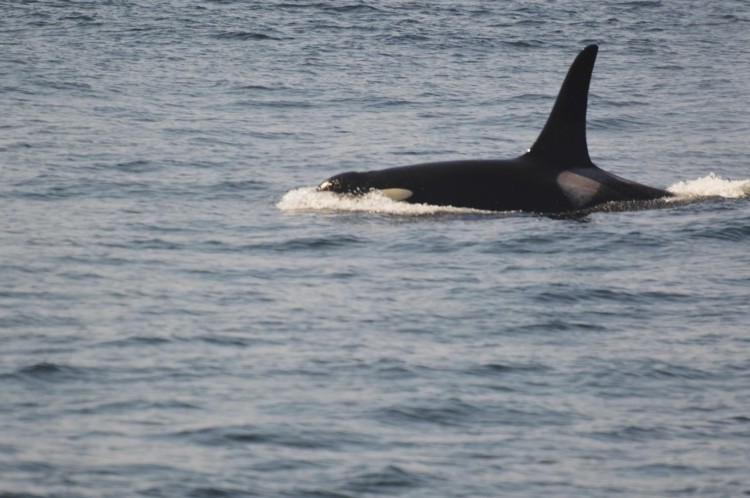 After the successful whale watching adventure, we got to spend some time at Friday Harbor on San Juan Island. It wasn’t quite my scene–a small harbor town for tourists and retirees. However, it was a nice place to grab a bite to eat before heading back to Seattle.

One of the best parts of the day, of course, was watching the sun set from the ferry on the way back to the city. After a long day (and a long boat ride) pulling into the Seattle harbor at night, seeing all of the lights twinkling and the Great Wheel lit up, was beyond magical.

If you’ve always wanted to see whales up close, I highly recommend going whale watching in the San Juan Islands. Not only is the scenery beautiful, but it’s easy to spot whales in those waters.

I used Clipper Vacations for my whale watching excursion. This is the package I paid for, which cost about $126 per person (price varies depending on season). It included the roundtrip ferry ride from Seattle to Friday Harbor, plus the 2-hour whale watching tour.

A Guide to Seattle // Where to Eat & Drink