I woke up at the hostel in Fort Collins. I could have explored the town, but all I wanted to do was head to the mountains. Time and time again, I am reminded that cities & people cause anxiety, while nature and the outdoors bring peace (for me, at least).

I drove up to Estes Park for the afternoon, just to breathe in the mountain air and hang out in town. I would have gone to Rocky Mountain National Park had I planned my day a little better, but you know…I don’t always plan so well. (I actually love planning, I just don’t seem to know how to stick to plans). 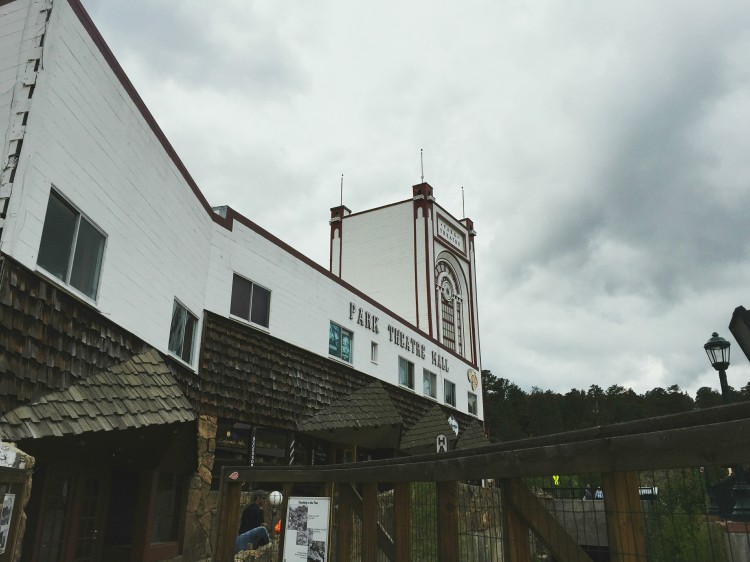 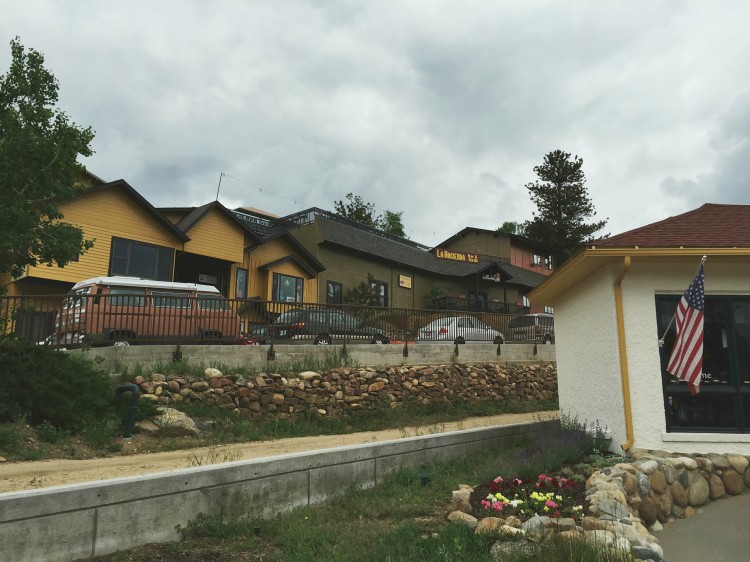 Because of my sudden illness in Kansas City, I went a few days with next to no appetite. By the time I got to Estes Park, it had been well over 24 hours since I had eaten anything. I finally started to feel hungry, so my first stop in town was for food.

I walked all up and down the main street and was met with plenty of ice cream & taffy shops, but not many vegetarian-friendly restaurants. I walked over to a place called Claire’s on the Park to check out the menu. It was much more veg-friendy than any other place, and they served breakfast until 2 pm, so I gave it a try. I had the “Estes Park Bendedict”, which is a meat-free version of the dish with avocado hollandaise sauce, asparagus and tomatoes, and a huge helping of potatoes. It was just what I needed. 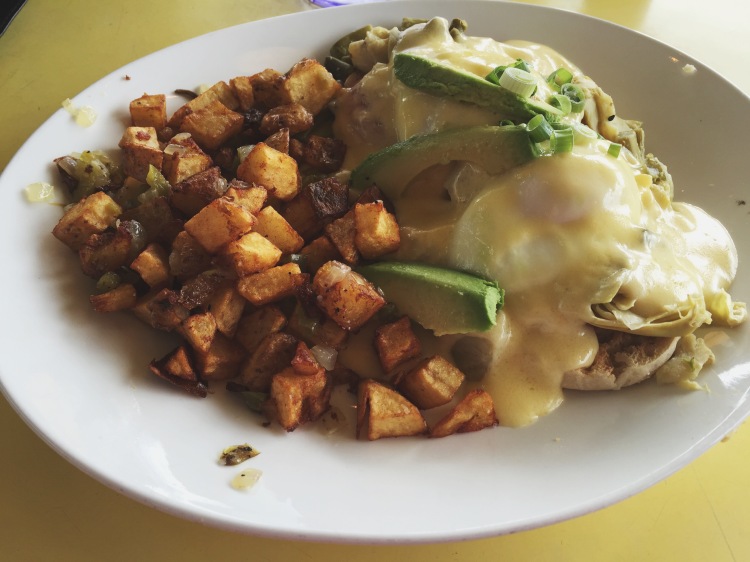 There’s a walkway called the Riverwalk that meanders along the Big Thompson River. It’s behind all of the shops  restaurants in the downtown area, so it’s a quiet retreat from the hustle of the streets. Some of the establishments have patios in the back so you can enjoy the river while dining. It’s a nice alternative to walking along the main road.

The main thing I wanted to do up in Estes Park was to walk around Lake Estes. Unfortunately, the trail was closed due to the weather. I was sort of bummed, but I was ready to drive back down to Fort Collins. I had been to Estes Park before, so it wasn’t anything new. My afternoon there was good, though. Plus I saw mountain goats hopping around on my drive up there, so that alone was worth it!