If you want more personal travel stories, essays, and pieces like this, subscribe to the Travel Daze Dispatch Newsletter for exclusive stories that you won’t see on the blog.

I’ve been putting off writing my blog posts about Glacier National Park because I really don’t know what to say or where to start. The whole point of writing is to translate your feelings into something that other people can understand…but I don’t quite know how to translate what I feel about Glacier.

I had been wanting to visit Glacier National Park for years. Something about the snow-capped peaks and promise of mountain goats grabbed hold of my heart. When I left Jackson, I wasn’t about to pass up my chance to see Glacier, knowing I was probably about as close as I’d ever be. It was technically out of my way to drive all the way up north when my ultimate destination was farther west, but sometimes a detour is necessary. 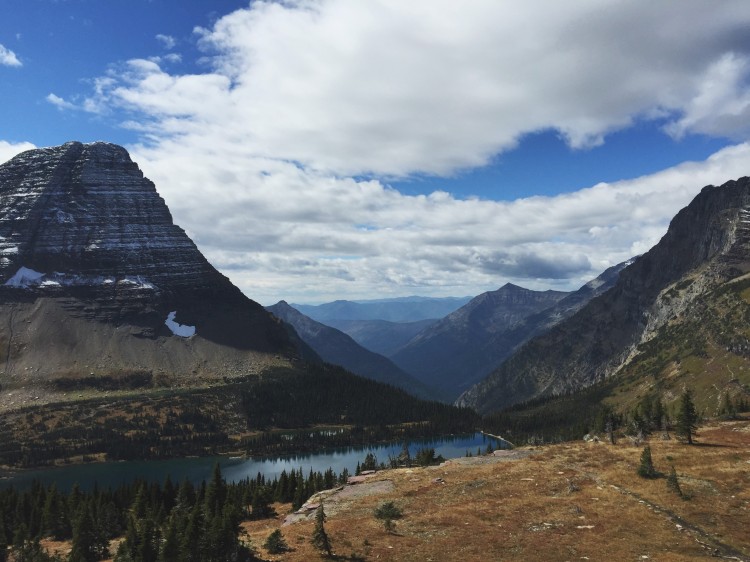 I stayed at Brownies Hostel in East Glacier, Montana. The place was small, dark, and freezing cold at night (I wore many layers to bed), but the $20 bed did the trick. Each morning, I woke up early and scrambled to get into the park for a good view of the sunrise while I ate breakfast. The first morning, that view was at Two Medicine Lake. The second morning, it was some turnout or other on the winding road that leads to the St. Mary entrance.

I visited Glacier National Park at the end of September. There were only a couple of days before the main road closed for the season, and many places were already shut down. Some of the most scenic turnouts were closed off due to construction on Going-to-the-Sun Road.

Winter had already set in by September; freezing temperatures in the morning were only made bearable by warm sunlight. The two coldest spots I found in the park were at the top of the Hidden Lake Overlook and on the back deck of the Many Glacier Hotel. Coincidentally, those two spots also win for “best views”.

On my second day in the park, it was cloudy and foggy. I drove the full Going-to-the-Sun Road, from St. Mary’s to West Glacier. At the highest point on the road, there was a complete white-out. I could barely see five feet in front of me, so I drove as slowly as I could and pulled over every chance I got. It didn’t make for good driving conditions, but it did make for some cool photos. 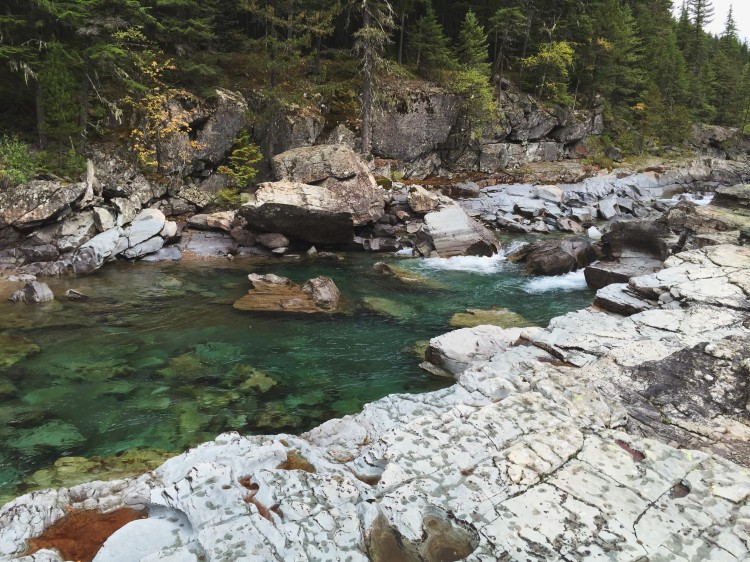 By the time I made it to the western side of the park, as I descended from Logan Pass, everything felt different. As if I had crossed some threshold, I felt like I was finally on my own trip, on my own time, on my own schedule. I had this realization that I was living fully on my own terms and I wasn’t struggling to do so. I could change my plans at any moment and I wasn’t at the mercy of money or other people. I was in a good place in my life.

Glacier National Park certainly wasn’t the reason I had this realization, but it was the place I was in when it happened. That really counts for something in my world. I connect things so strongly to place; it’s like a way for me to compartmentalize things, to organize things, to make sense of things. Being able to pinpoint a place and connect that to a change is something that has helped me immensely in the last couple of years.

So what do I think about Glacier National Park? It’s stunning, it’s more beautiful than I ever imagined, it’s peaceful, and it’s a wonderful place for solitude. More importantly, it’s a place where I had time to think and to breathe fresh (FRESH!) air. As much as I try to convey places to other people through this blog, I cannot convey the personal aspects of any of them.

But I will keep trying…

Read Next: 20 Photos to Inspire You to Visit Glacier National Park