Many people are of the “been there, done that” mindset when it comes to traveling. Once a place has been checked off the list, they never visit again. But some places are worth returning to.

While I love exploring new places as much as any other traveler, I’m often inclined to revisit a place I’ve already been to just for the fun of it. It’s such a great feeling to fly into a city having already done all of the “must-do” attractions. You have a chance to dig a little deeper on return visits.

As someone who generally prefers to travel slowly (very slowly), a typical weekend trip is just never enough for me. If I’m being honest, there are very few places I’ve been to that I wouldn’t want to revisit.

Lately, I’ve been thinking about all of the cities across the U.S. that I really want to see again. Even though there are tons of cities I haven’t been to yet, I can’t take my mind off the places I want to revisit. So I thought I’d go ahead and throw a little list together. Because I’m a blogger.

My reasons for wanting to return to each of these U.S. cities is different. Some for specific things, some just because. But I’ll share my reasons for revisiting each city plus what I’d recommend for your first visit!

I’m starting this list with Seattle because to me it just feels like home. I lived there for about 6 months, and I loved every single thing about it. It’s a laid-back city with just the right amount of hustle. It’s close to some of the most beautiful outdoor spots. It’s filled with good restaurants, good coffee, and good bars. And of course there are plenty of cultural attractions and events to keep you busy.

I’d love to go back to Seattle to visit friends and revisit my favorite places. And even though I lived there for months, there are still so many places I skipped over. I never made it to the Seattle Art Museum, the Space Needle, or the arboretum. There are tons of coffee shops I want to try out. Overall, there’s still so much for me to do there!

First-Timer: Explore Pike Place Market, head up to Kerry Park for the views, get coffee at Storyville, spend some time in Ballard and Fremont

Read Next: A Guide to Seattle

My reason for revisiting Portland is the complete opposite of my reason for revisiting Seattle. I want to go back to Seattle because I love it so much. I want to go back to Portland because I didn’t really like it at all. I’ve actually been there twice, and both times were just kind of meh. If you had asked me a year ago, I would have gone so far as to say that I hated Portland.

Now I’m set on returning to Portland because I just don’t think I ever gave it a proper chance. I like that I never spent my time there as a traditional tourist, instead just meeting people and hanging out. But I think I could do more, and make more of an effort to get to know the city for what it is.

First-Timers: Wander through Powell’s City of Books, explore the east side neighborhoods, take a day trip out to Columbia River Gorge 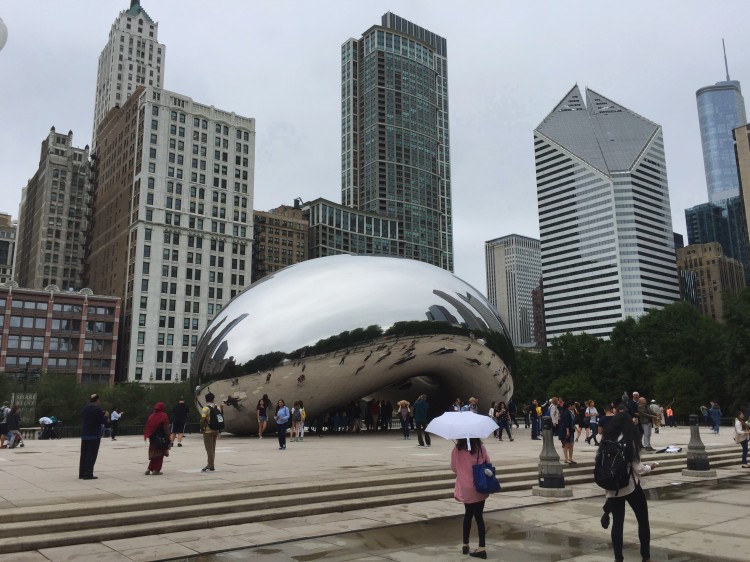 I went to Chicago for a quick trip with my family almost a decade ago. We saw some of downtown and walked around the Navy Pier, but that’s about it. It’s a world-class city filled with cultural institutions, but I didn’t visit any of them. I’ve been wanting to return for years. Even though it’s only about 6 hours from my hometown of St. Louis, I still haven’t been back.

(Update: I went back to Chicago in September 2018 for a whole week! And guess what? I still want to go back for another visit. Some places are really worth visiting over and over again.)

First-Timers: Wander through Grant Park & Millennium Park, check out some of the top museums in the city, get a photo of “The Bean”, explore the many neighborhoods, stroll along the Chicago Riverwalk…there’s so much to do!

Read Next: 24 Hour Guide to Chicago (for First-Timer’s on a Budget)

I visited Chattanooga for the first time less than a year ago. It was part of my roadtrip through Tennessee and Northern Georgia. I was immediately surprised by the city and everything it had to offer. I didn’t do much research ahead of time, and didn’t really think I’d enjoy it that much–but I loved it!

While I made it to quite a few attractions (Hunter Museum of American Art, Rock City, Lookout Mountain), I didn’t do my usual city wandering. It seems Chattanooga has a pretty awesome coffee scene, but I don’t think I visited even one coffee shop! And of course there’s plenty of hiking to do in the area, which is something I missed out on too.

First-Timers: Walk across the Walnut Street Bridge, see Rock City, and make time for the great outdoors. I highly recommend heading up to Lookout Mountain and spending golden hour at Point Park

Read Next: 8 Super Fun Things to do in Chattanooga

I’ve been to Denver at least 4 or 5 times by now. I visited with my family when I was younger, and I’ve driven through on my way out west on multiple occasions. I really like Denver. It’s a beautiful city, surrounded by even more beautiful scenery. I’ve been to most of the major attractions; I’ve been to Rocky Mountain National Park, Fort Collins, and Boulder; and I’ve visited during just about every season.

Even so, I haven’t had enough of Denver. It’s never really my main destination–it’s usually just a stop on the way to somewhere else. I want to fly into Denver (instead of driving 12 hours) and just enjoy it as my intended destination for a little weekend getaway.

First-Timers: Check out the Denver Art Museum, Larimer Square, and RiNo Arts District. If you have a car, take a day trip out to Boulder, Estes Park, or Red Rocks Amphitheater

Years ago, I made a trip to our nation’s capital with my family. We spent hours at the museums, walked through the National Mall, saw the Washington Monument, and made a trip out to Arlington National Cemetery to watch the changing of the guard. It was a pretty typical D.C. trip and I think we managed to cover the basics. However, it was unforgivably hot and my body did not respond well.

In the future, I’d like to return to Washington, D.C. in a milder season–perhaps when the cherry blossoms are in bloom! There’s still plenty more to explore in the way of museums, galleries, and cultural institutions. I don’t think I’d have an trouble filling a few more days with new sites.

First-Timers: Take a walk through the National Mall and check out some of the monuments. Visit which ever of the 19 Smithsonian Institutions catches your fancy (I recommend the Freer & Sackler Galleries of Asian Art and the Natural History Museum).

Asheville was another quick visit on last year’s mid-south roadtrip. I only ended up seeing the Biltmore Estate and a bit of West Asheville. I’m definitely disappointed that I didn’t have time to do more exploring, which is why it’s on this list!

Asheville is known for being quite artsy. It’s a creative city in the Blue Ridge Mountains. A lot of people have likened it to Portland, as it attracts a similar crowd. I’d like to spend some time in the heart of the city, checking out the museums, cafes, and vegan restaurants. Of course, making time to get a little outside of the city for some hiking would be ideal as well.

First-Timers: If you are intersected in architecture, history, and gardens, definitely go spend a day at the Biltmore Estate. For those who know better than I do, leave a comment with first-timer suggestions!

Read Next: How to Spend a Day at the Biltmore Estate